OTTO II SEED IS BACK! 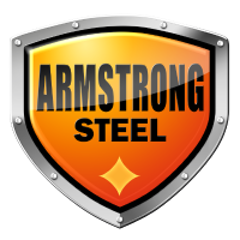 “I bought a cheap steel building and it was the most expensive mistake I’ve ever made.”

To the average consumer, all steel buildings often appear to be the same. So long as the building provides you with the space you need and it’s made of steel, you can’t go wrong, right? Wrong!

When it comes to the construction industry, the experts will tell you that cheaper doesn’t always mean better. In a nutshell, a lesser quality building solution comes with its fair share of problems – from missing parts, or poorly manufactured components – and might be the most expensive project once all is said and done. But it’s almost certain that a cheap building won’t last. Andy R. of Yoder, Colorado learned this the hard way.

“In January of 2016, we erected a greenhouse building from what we were told was the ‘largest greenhouse manufacturer in the country.’ On one particularly windy day, the whole building started shaking, and the building flexed and moved about 6 inches. Next, the film of the roof tore, the wind got under that tear, and the whole roof blew off. This was in 60 mph winds.”

That’s not all. The walls buckled. The outside film tore. The frames warped. The building structurally failed.

Struggles for a Small Business

“That greenhouse only lasted 6 weeks before it came apart.”

Andy is the owner of an industrial hemp and CBD producer in Colorado. The company is slowly growing, and currently looking for ways to survive this not-so-small setback.

“Looking back, we tried to initially save some money. We were told the building could hold up to wind. At the end of the day, we probably have a 4-8 million dollar loss in production this farming year because of the late start that is causing us to play catch-up, not to mention the thousands of dollars in purchase orders that we won’t be able to fill.”

You Get What You Pay For

There’s nothing cliché about Andy’s cautionary tale. Hopefully, this isn’t an experience that happens to everyone. As a savvy entrepreneur, he acknowledges this incident and chalks it up to a learning experience…an expensive learning experience at that. Simply put: the prospect of initially saving money on a purchase vanishes when you have to replace parts or the whole structure entirely.

“We might have saved $80,000 on a building, but we lost millions of dollars – maybe more – by choosing an inferior product. There aren’t many times where going ‘the cheap route’ on equipment or any building project makes sense in the long run.”

There is a silver lining for Andy and his business. For what it’s worth, his current building is in the process of being replaced. Also, he’s going to complete the next several phases of his grow operation, this time, with Armstrong Steel.

“We’re glad Andy decided to build with Armstrong Steel,” said Ethan Chumley, Armstrong Steel Founder and CEO. “We were able to present him with building options that would absolutely survive the wind loads of his area, stand the test of time and help him expand his business.”

“It goes to show you that, in a customer’s pursuit of savings, there are certain times you shouldn’t skimp on quality,” said Eric Beavers, Armstrong Steel Executive Vice President. “While Andy’s story has a happy ending of sorts, the downtime he’s had to endure doesn’t make a cheap building worth the trouble – even if they offer to replace it for free. That says a lot about the quality if they can afford to do that. Plus, what’s to say it doesn’t happen again?”

“I’d like to tell your potential customers to make sure the building you have is the right quality. Had I had an Armstrong Steel building, I know the roof wouldn’t have come off. It’s engineered to withstand those strong winds. I should have gone that route the first time.”